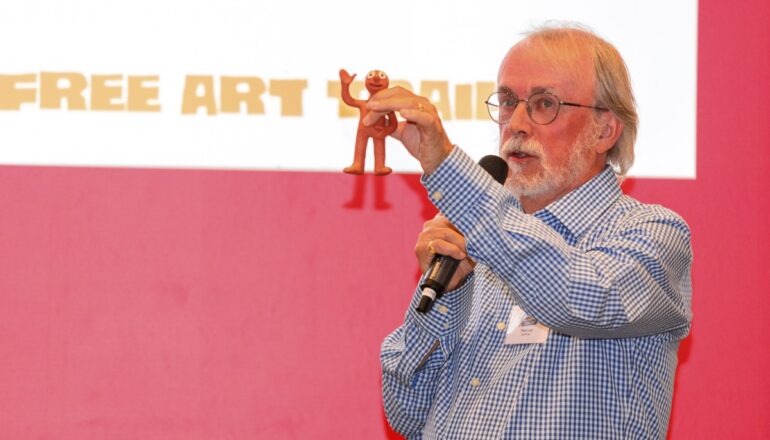 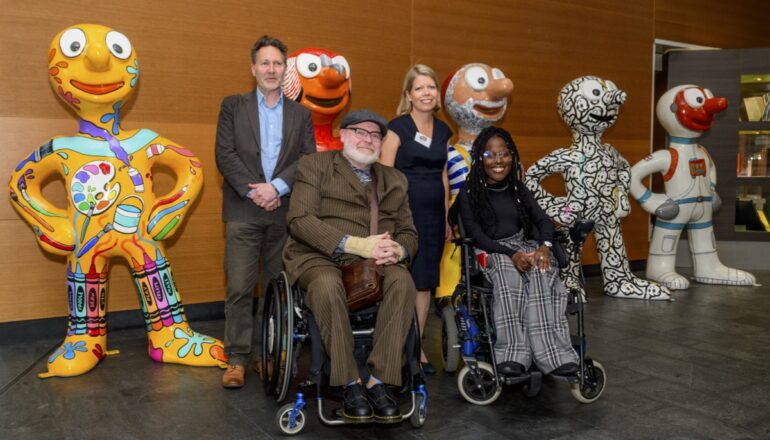 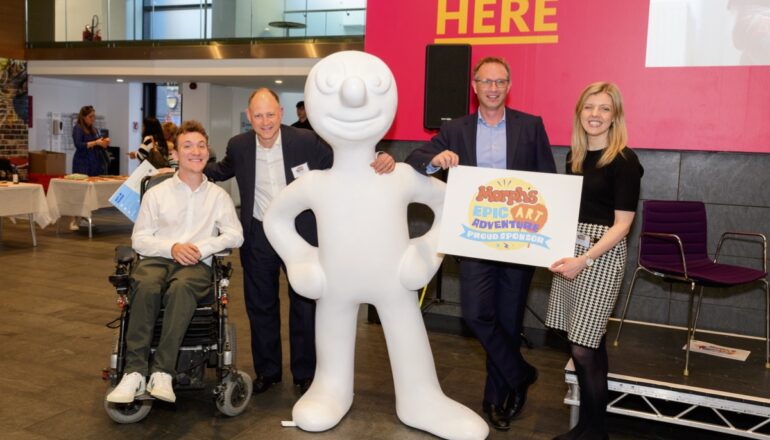 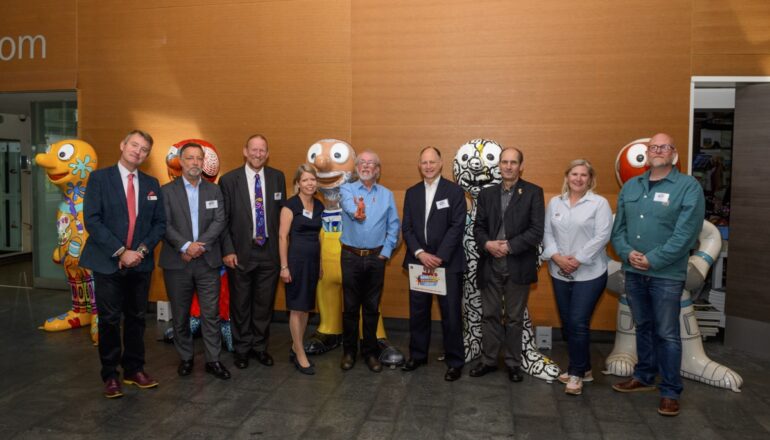 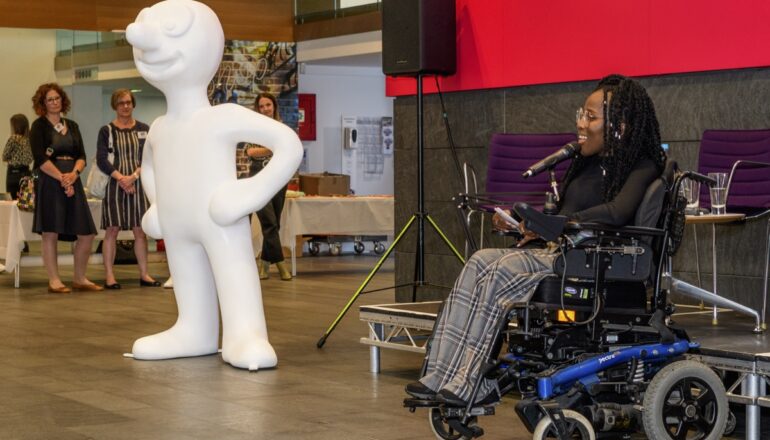 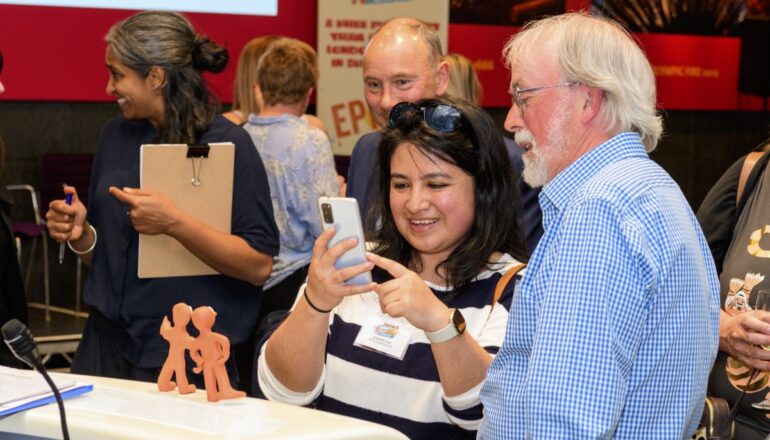 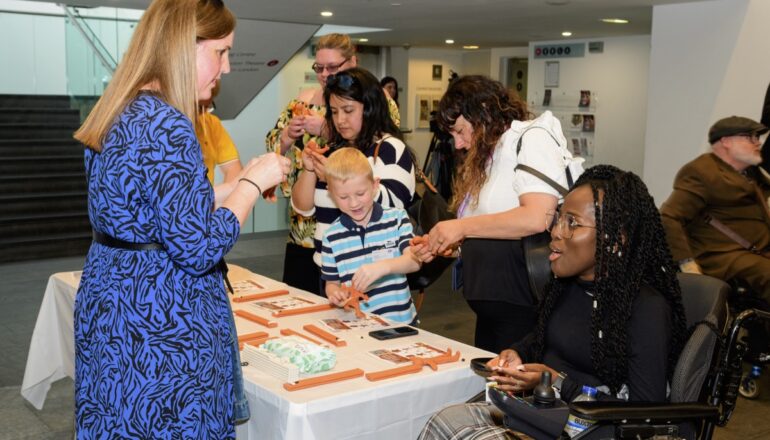 In June, ‘Morph’s Epic Art Adventure in London’,  the first accessible, step-free cultural event of its kind was launched!

Hosted at the Museum of London, the partnership between Whizz-Kidz, Wild in Art, and Aardman – the award-winning animation studio and creator of the childhood-favourite and much-loved animated character, Morph was announced.

The launch was attended by contributing artists, sponsors, and representatives from Whizz-Kidz, Aardman and Wild in Art along with young wheelchair users to give their take on the accessible trail as well as plans for the epic adventure taking place next Summer.  Presenting Partners Barratt Developments and Sky were also present lending their support to Whizz-Kidz to deliver this ambitious cultural attraction.

David Thomas, CEO of Barratt Developments, said, “We jumped at the chance to continue our long term partnership with Whizz-Kidz helping to enrich the lives of young wheelchair users. Morph’s Epic Adventure in London will highlight the restrictions placed on wheelchair users and we think this is a really positive campaign which we were keen to support. It will be the first step free art trail of its kind which is exciting, but which has a serious purpose too.”

Lucy Murphy, Head of Kids Content, Sky commented, “We’re delighted to be able to sponsor Morph’s Epic Art Adventure in London. Everyone loves Morph and his cheeky escapades and this trail is a brilliant way for all kids to play, explore and share time with their families as they track him down in real life. As well as being brilliantly accessible for young wheelchair users, this Epic trail will spark important conversations about why accessibility matters.”

Morph, the iconic animated clay character who first appeared in 1977 in the BBC children’s programme Take Hart, and was a regular fixture on children’s television throughout the 70s and 80s. Art is part of Morph’s DNA, which makes him the perfect ambassador for this art trail. Ever since his early days on our screens, Morph has been making mischief and encouraging generations of kids – and adults – to get creative, just as he will continue to do on the streets of London in 2023.

Each of the 70 Morph sculptures stands at 6ft tall and will be adorned with bespoke designs from a range of artists, supported by sponsors including Sky, Barratt Developments, EY, Kids Industries, Evenbreak, and Govia Thameslink Railway Ltd. Once the trail has closed, each of the bespoke Morph sculptures will be auctioned with the aim of raising £500,000 for Whizz-Kidz.

A trail app, website, map, guidebook and dedicated social media channels will enable trail-goers to navigate the route, tracking down each sculpture and unlocking fun facts and rewards.

Penny, Chair of Kidz Board said, “Morph and his new epic adventures have captivated us all at some point in our lives. As a child, watching him was the only thing capable of preparing me for a visit to the hospital. Now we’re teaming up, I want to aim bigger – preparing every disabled child to go on their own adventures.’’

Sarah Pugh, Chief Executive of Whizz-Kidz said, “We’re delighted to launch Morph’s Epic Art Adventure in London. This accessible and fun trail will bring the London business community, creative artists, schools and families together in the summer of 2023. The awareness and money raised will have a huge legacy for young wheelchair users we support for years to come.”

Peter Lord, Co-Founder of Aardman and Creator of Morph, said “We are totally thrilled to be working with the excellent charity Whizz-Kidz on London’s first step-free art trail. Morph started his career in animation back in the seventies, appearing alongside Tony Hart on the artist’s work-table. Ever since he’s been a source of entertainment and inspiration for kids, with his unique blend of creativity, mischief and fun. I’m sure that local residents and visitors to London – young and old – will also be inspired to get creative and join Morph for an Epic Art Adventure.”

Charlie Langhorne, Managing Director and Co-founder of Wild in Art said, “Wild in Art passionately champions the importance of art for everybody and the social, cultural and educational benefits which it provides. Morph will bring colour and creativity to the city next summer and we are thrilled to be teaming up with Whizz-Kidz and Aardman to create this exciting event.”

A huge thank you to Ryan Ten for the images.

Check out our events 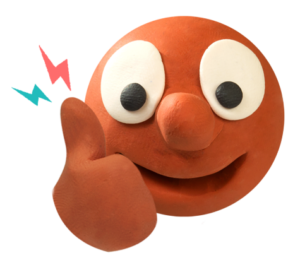 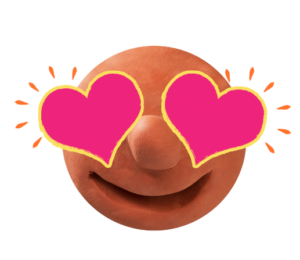 Buy a Morph at auction 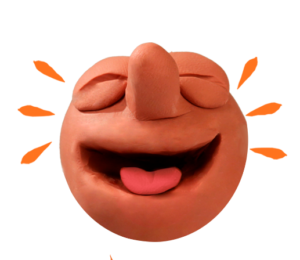 Stay in the know…

A Wild in Art Event

Wild in Art is the leading producer of spectacular public art events and creative projects which enrich, entertain, inform and connect communities – giving people of all ages a voice through art.

Find out more
5000+
Sculptures Created
100+
Events Delivered
11m+
Participants Attended
Sponsors Artists Donate Contact
We use cookies on our website to give you the most relevant experience by remembering your preferences and repeat visits. By clicking “Accept All”, you consent to the use of ALL the cookies. However, you may visit "Cookie Settings" to provide a controlled consent.
Cookie SettingsAccept AllReject All
Manage consent

This website uses cookies to improve your experience while you navigate through the website. Out of these, the cookies that are categorised as necessary are stored on your browser as they are essential for the working of basic functionalities of the website. We also use third-party cookies that help us analyze and understand how you use this website. These cookies will be stored in your browser only with your consent. You also have the option to opt-out of these cookies. But opting out of some of these cookies may affect your browsing experience.
Necessary Always Enabled
Necessary cookies are absolutely essential for the website to function properly. These cookies ensure basic functionalities and security features of the website, anonymously.
Functional
Functional cookies help to perform certain functionalities like sharing the content of the website on social media platforms, collect feedbacks, and other third-party features.
Performance
Performance cookies are used to understand and analyze the key performance indexes of the website which helps in delivering a better user experience for the visitors.
Analytics
Analytical cookies are used to understand how visitors interact with the website. These cookies help provide information on metrics the number of visitors, bounce rate, traffic source, etc.
Advertisement
Advertisement cookies are used to provide visitors with relevant ads and marketing campaigns. These cookies track visitors across websites and collect information to provide customized ads.
Others
Other uncategorized cookies are those that are being analyzed and have not been classified into a category as yet.
SAVE & ACCEPT